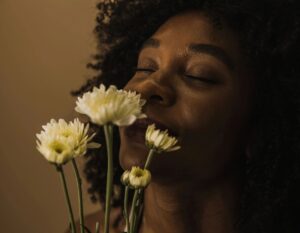 I hung up the phone and felt the rumble of the engine as I turned the key to drive. I had just merged onto the freeway when an unknown warning light came on the dashboard of my Jeep. As I pulled off at the next exit, a loud dinging alarm started to accompany the flashing light.

I realized that the ramp would be too far to reach before potentially causing irreparable damage to the engine so I did my best to glide off between the offramp and the highway.

I rang my friend whose house I was heading to and he kindly offered to pick and wait with me until the tow truck arrived. The estimated wait time was 160 min. It was 10:30 PM so that meant a long wait.

I had my two dogs in the back of the Jeep so we loaded them up in Jake’s truck and waited for the truck to arrive. Fast forward to 6 hours, one 3am coffee and doughnut run and 3 canceled tow trucks later, we were finally on our way.

The next morning, I woke up on a mere 3 hours of sleep to the auto repair man telling me that he would have to keep my vehicle for three days as it was Friday and that the issue looked like it could be a pricey one.

I thanked him for his time and asked him to update me when he knew more. On Monday morning, he called to inform me of the issue with a cost estimate and that he would be able to have the vehicle repaired by the end of the day.

I went to pick the Jeep up and encountered a man who would quite literally teach me what the term “fast talker” means. When reviewing the fees I asked him to explain the way that they were calculated as they had them separated on two separate invoices, one in fractions and the other in dollars. He responded with what felt like a degrading recount of what was clearly already on the first paper, finishing with informing me that the tax line was something that the government took.

I smiled and bit my tongue, unsure if he was intentionally attempting to insult my intelligence or was perceiving a lack of it.

I calmly explained that I understood what taxes were and that my confusion was based on the separation of services and the style of calculating time-based fractions with no accompanying dollar amount and the fee of parts. Additionally, he had charged me for almost 3 hours of labor when the original quote was for 1-2 hours. He quickly said he would take $25 off of the fee if that would make me happy. I decided that continuing with the interaction was a moot point, paid the fee, and was glad to be done with the shop.

Two days later, as I got in my vehicle, I noticed fluid leaking from my Jeep. I called to let them know what was going on and again was spoken to in a fast and disregarding fashion. I asked him to slow down two times and explained that I live an hour away so I would like to see if there is anything I can do to identify the issue without having to drive all the way there and figure out transportation back to my house.

He started to insist that I bring the vehicle in and that there was no point in me looking to see what the issue was. Again, I asked him to slow down but this time was met by an exasperated exhale.

I responded to his response by suggesting that he not become rude with me as I am being quite patient given that I had paid him hundreds of dollars to fix an issue that had not been properly addressed.

His response was to elevate his voice and say that I had not been patient with him from the start.

I advised him that if he continued to speak to me in such a rude fashion that I would simply post the image of my leaking thermostat and the receipt of services to yelp. He then proceeded to say he was unable to speak with me and that he would have the head of the shop call me in the morning.

The next day, I woke up with a nauseating sense of dread that I would need to continue to engage with this shop. I no longer had trust or respect for the business. The understanding occurred that I was under no obligation to return to that shop and that I could bring it to another location for service.

I instantly felt a sense of relief. I searched on yelp and found a shop that had a picture of the owner and two of the workers with big joyful smiles. As I looked at the bright eyes and smiling faces, I thought “now these men enjoy what they do.” This is the sort of energy I’d like to engage with. I called and explained the situation. He said they could make time the next morning for me to bring the vehicle in. With gratitude, I thanked him and hung up the phone.

Later that evening when the original shop called me back, I calmly explained the experience I had with the other gentleman and that I would be bringing it to another shop. I clarified that I would imagine that to maintain the integrity of the shop, they would be willing to reimburse me for any fees that were associated with work that was incorrectly done. Noting that of course, if the work they did was necessary and that additional work was also needed, that I would pay for the work they had done. After a moment of pause, he agreed that would be fair.

The next morning, I drove down to the new shop. The owner of the shop, Art, greeted me with a kind and bright smile, the same I had felt such warmth from in the photo. I instantly felt as though I would be taken care of.

He said they would look at the Jeep shortly and I sat down. As I waited, Art and I got into a delightful conversation. At one point he shared that he was experiencing intense allergies and I was pleased to be able to share a bit of information about medicinal ways he could address his allergies. I felt joy in my heart that I could return his kindness in some way.

His team efficiently identified the leak in about 5 min. He brought me over and showed me the bubbles coming out of the crack. He explained that the part had either been broken when the other shop installed it or that it was broken when they put it in. He told me he could repair the car by the end of the following day. I thanked him and headed home.

I thanked him and he said he would drop a check in the mail.

I share this story because one of the most common ways I encounter people resisting the idea of compassion and vulnerability is by convincing themselves that they will be walked all over or pushed around. This is a mistake in the perception of what compassion and vulnerability are at their root. They are both expressed towards oneself, and towards the other. I treat someone with respect and see them with compassion AND also respect myself and treat myself with compassion. In this way, I am able to clearly communicate when others are unable to treat one or both of us with respect.

I would be honored to support you in learning how to open. You may schedule a 15 min call to learn more about the process of working together below.